Graduates of the Class of 1976 tighten their bond and relive memories by celebrating their 40th anniversary. This class is the largest one to engage in Cultivating their Future, an initiative aimed at financially supporting young Zamorano students with their academic education.

The 19 graduates of the Class of 1976 felt a host of feelings when they gathered at the Zamorano campus. They revisited their university, stopping to see the Learning by Doing modules and the Casa Museo, where the first director of Zamorano, Wilson Popenoe, used to live.

As an act of love and recognition of their alma mater’s value of transforming the lives of hundreds of young men and women, they became the largest class of graduates to engage in the Cultivating their Future campaign. Their wish is to support a talented young student with the drive to thrive. These graduates —who once wore the blue uniform— are the result of the Zamorano education and a testimony of how it helped them build a better future. Many of them hadn’t been back to Zamorano since their graduation.

The joy of seeing the progress of the Zamorano campus was reflected on their faces. “Excellence is reinforced year by year: we have redefined the Learning by Doing methodology into work competencies, focused on teaching capacities —all our teachers have graduate degrees—, and we are undergoing a certification process. Finally, there is continuous and directed work on quality management to allow us to keep forming young leaders for the benefit of Latin America,” stated Raúl Zelaya, Academic Dean.

“It seems like yesterday, but 40 years have passed. All of us here have given each other a warm embrace,”said Patricio Granja, an Ecuadorian graduate, on behalf of his classmates. Throughout the rest of his message, he continued to highlight how special this experience on campus has been for him and his colleagues, who are more than classmates; they are beloved brothers.

We take pride on our Zamorano graduates, who best represent Zamorano. They are men and women with a vision, committed, not only to contributing to agriculture but to the development of countries. 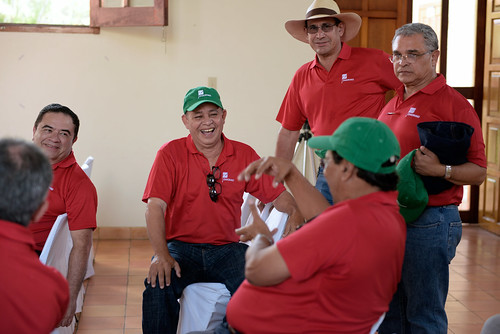