Smith-Falck the place you must visit

Agreement to promote professional growth and contribution to development

The Popenoe House opens its doors to the Zamorano community The Board of Trustees, staff, students, graduates and special guests of ZAMORANO were part of the reopening of the iconic Popenoe House, which was built in the 40’s to house the family of our beloved co-founder and first director, the Dr. Wilson Popenoe. This was an arduous renovation project that was made possible thanks the financial support of graduates moved by the memory of this remarkable scientific figure and friend. The work was set in motion making the deteriorated house recover its cozy and rustic beauty. This March, the Popenoe House reopens its doors to the Zamorano community.

Those graduates who collaborated with more than 10,000 USD received the honor of having their names engraved on a plaque placed at the entrance of the Popenoe House. Those graduates are:

This is an emblematic building of ZAMORANO and a historical legacy since 1942. Dr. Popenoe was well known in the region for his 30 years of experience gained during the long missions as an agricultural explorer in the tropics of the Americas. He developed studies in the branches of natural sciences related to pharmaceutical, agricultural, ornamental and forestry botany, conducting research projects in fruit growing, in the Americas, Asia and Europe. He died at age 83 in the city of Antigua Guatemala, Guatemala, where his remains rest. His life and history are deeply linked to ZAMORANO. His inventive, energetic and enterprising spirit made him transcend borders by creating philosophies such as Learning by Doing, which still persists in ZAMORANO as a pillar in the formation of young leaders. 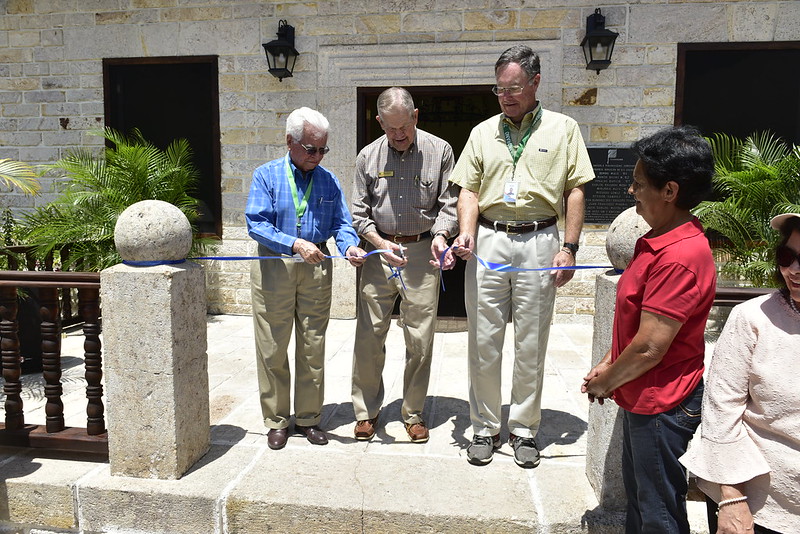