DICTA and Taiwan technicians trained in in vitro cultivation of sweetpotato, cassava and potato plants The most significant and lasting impact of his administration, is the admission of women in the academic program of the university, in 1981.

As a token of thanks to the fourteen years of outstanding management, Zamorano paid tribute to the first Latin American Director Dr. Simón Malo, 1979-1992, by unveiling a bust in his honor at the arboretum on the university campus.

The event took place in the presence of authorities, teachers, students, graduates and special guests, who admired the work in bronze, prepared by the former Director Keith Andrews (1993-2002), who worked for five years in the monument which will inspire future generations of Zamoranos. In his words to the honoree, current President Dr. Jeffrey Lansdale said, “after having seen the innovation and reach of many universities around the world, Simon assumed the challenge of leading fundamental changes in Zamorano, driving this institution to new levels of academic rigor. The tendency to take risks was reflected during his years as director. “

What did Dr. Malo represent?

Dr. Malo was born in Cuenca, Ecuador in 1933. He arrived in Honduras in March 1951, to study agronomy at Zamorano, graduating in 1954. He then obtained a doctorate in horticulture at the University of Gainesville, Florida. In January 1979, he became the first Latin American and graduate to lead the university, a position he held for 14 years, until 1992, a period in which he promoted a transcendental growth and development for this alma mater.

Under his direction, many rapid and profound changes occurred for the benefit of Zamorano. Among the main achievements of its management: the finances were ordered, the quality of the administrative and teaching staff improved, the number of students increased, the institution was modernized in infrastructure and academia, more land was acquired for its academic use, and the program was created of projection (extension and continuing education).

But the most significant impact of its management was the admission of women in the academic program of the university, in 1981. That allowed that in 1983 the first four women graduated. To date, 1,669 women from 20 countries have graduated from Zamorano. Eng. Marjorie Mayr, graduated from the first Zamorano promotion of women, said, “When I was a student at the Pan-American Agricultural School, I could not have imagined that 35 years later I would be here honoring the one who first honored us as women, giving us the opportunity to study in Zamorano.”  She recalled that Dr. Malo dared to test an experiment that sought to promote gender equality, empowerment and the historical and fundamental role that women have played in agriculture. “On behalf of all “Zamoranas”, thank you Dr. Malo for that great legacy and for having changed our lives,” she said. 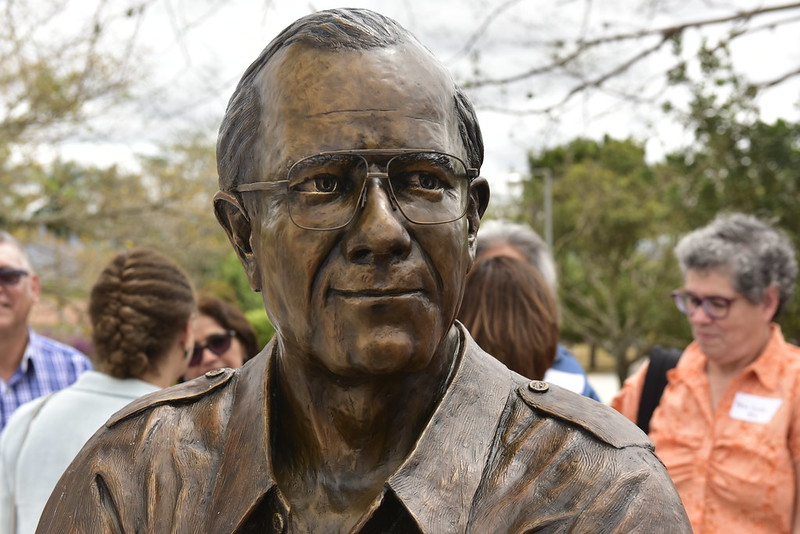